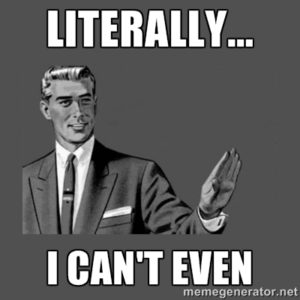 Be Mick Jagger (Rule 12 dismissals when the plaintiff screws up)

Good old 12(b)(6).  The Rolling Stones Rule.  Failure to state a claim for which relief can be granted (I can’t get no Satisfaction).

Sure, the plaintiff was harmed.  Sure, the defendant caused it.  But there’s no law that says he’s liable for any wrongdoing.  Kick it, your honor.

When you get a 12(b)(6) dismissal, you’re a rock star.  You’re Mick Jagger.  Your client thinks you’re a genius and sends you a fruit basket with a bottle of Johnny Walker Blue and a $10,000 bonus check.  (That might be a stretch.)

But when a defendant is in another country, 12(b)(6)’s lesser known neighbors are more helpful.  And they should give pause to plaintiffs’ lawyers who don’t know what they’re doing.

Let’s say you’re in Germany.  You’re an engineer at German-Cars-R-Us, and your company was involved in some pretty nasty stuff—lying to regulators, lying to customers, lying to shareholders.  The story goes viral, and some guy in Kansas City who bought one of your cars six months ago now wants to sue you.  Individually.  Even though you didn’t have any involvement in the fraud, they’re throwing the book at everybody whose name was on a personnel list.

FedEx drops a packet on your desk (Hier unterschreiben, kumpel… sign here, pal).  The guy in the next cubicle speaks English and, mercifully, he translates page one for you.  Holy socks… it’s a summons to appear in a federal lawsuit in the Western District of Missouri.  They filed the thing a few weeks ago, and now you have 21 days to answer!

You find a lawyer in Kansas City (danke, Das Google) who gets to work on the case right away.  Fortunately, he speaks a little German, so you’re confident.  You send him twenty grand, and he files an answer to the complaint.  He litigates it, and you win.  But you’re out twenty grand.

Had he known about the law governing service of process abroad, he would have seen the simplest way to make the claim go away, and for a whole lot less than $20,000.

Why 12(b)(4)?  Because you don’t speak English.  It is rather difficult to understand a summons in English if you only speak German—and the plaintiff didn’t send a translation.  Your due process rights were ignored, so the process was insufficient.

Why 12(b)(5)?  Because the plaintiff’s lawyer completely ignored the Hague Service Convention.  Mail service (including FedEx) is ineffective in Germany, so service was insufficient.  For that matter, it’s ineffective in any Hague country if the case is being heard in the 8th Circuit.

Why 4(m)?  Because a plaintiff has 90 days to serve, or the claim has to be dismissed.  Now, that deadline doesn’t apply to service outside the United States, but the safety valve doesn’t give a plaintiff unlimited time—a reasonable diligence standard still applies.  If the plaintiff doesn’t even attempt proper service within the first 90 days, he’s out.

Bottom line—the plaintiff’s attorney was not only dilatory,* he also did it wrong.  So wrong, in fact, that the case against you should have been dismissed sua sponte.  Both sides have a malpractice claim against their lawyers, who should have come to one of my CLEs.

They could’ve been rock stars.

*Dilatory: unnecessarily pokey.  (I had to look it up, too.)