There is no such thing as a service of process emergency.

No, really.  There is truly no such thing.

There is urgency brought on by poor planning, poor execution, or being simply blindsided by a surprise issue.  There is a last minute realization that a foreign defendant must be joined, and a long delay will grind the litigation to a halt.  Or there is simple unfamiliarity with the rules by a practicing bar that rarely faces cross-border procedural demands.

Tried & true concepts in litigation are changing at extraordinary speed (a platitude, to be sure), and litigation involving foreign parties and witnesses is becoming a major challenge for attorneys and courts in every jurisdiction.

Fortunately, rules in most courts provide ample time for service, especially Federal Rule 4(m), which specifically abrogates a hard 90-day deadline for service where the defendant is outside the United States.  As long as counsel isn’t dilatory (I had to look that one up), the spirit of the deadline is honored once a request for assistance is handed off to a foreign authority.  At that point, a lawyer can only wait for the authority to accommodate the request.  [NB: Most states reach similar conclusions by either procedural rule or case law.  Wisconsin and Michigan are the lone holdouts, and even they may offer some safe harbor to litigants.]

Critical in this analysis is the mandatory and exclusive nature of the Hague Service Convention.  In Volkswagenwerk AG v. Schlunk, 486 U.S. 694 (1988), Justice O’Connor wrote for a unanimous court that, where the Convention applies, its strictures must be followed.  The channels set forth by the Convention mean vastly different things in the various countries where it applies, and for the most part, this means the U.S. court hearing a case must usually wait patiently for service to be effected.  Simply put, our rules do not apply elsewhere.

Effective service abroad serve usually cannot be timed with a clock… several pages of a calendar comprise the better measuring device.*  In some cases, service can take over a year to be proved up.

Yet 4(m)’s safe harbor does not give an attorney unlimited time.  The dilatory among us face sure dismissal, and it takes a long time to reach that level.

* Exceptions to this:  parts of Canada, Australia, and England, where Article 10 negates the need for government channels to have a defendant served.  In rare cases, process can be served within a matter of hours, and proved within days.  But don’t bet the farm on this possibility.  Ever.

Image:  “10 O’Clock On A Sunny Summerday”, Robin Heymans, via Wikimedia Commons.  (For the record, Big Ben is the bell inside the tower.  The former St. Stephen’s Tower has been renamed Elizabeth Tower.)

Simple practice tip: if your defendant is located in Hong Kong, be sure to refer to the jurisdiction as Hong Kong, China or, alternatively, Hong Kong S.A.R. (shorthand for “Special Administrative Region”).  Any request which refers to Hong Kong in isolation, and is submitted to the Hong Kong Central Authority for the Hague Service Convention, will be rejected as a matter of course.  Hong Kong government officials are particularly wary of showing any offense to the government in Beijing, and they insist on this nomenclature out of abundance of caution (aside: I truly wonder if Beijing even cares, but it is not for me to judge).

When Hong Kong ceased to be a British colony and returned to Chinese rule in 1997, the Chinese left the common law system of justice in place along with the United Kingdom’s general view of the Hague Service Convention.  While China limits Hague channels to only Central Authority requests, the UK declarations also allow service by postal channels and via solicitor.

Service effected by a solicitor does not require such linguistic fastidiousness* on the part of plaintiff’s counsel.  But it is still wise to draft pleadings with care—especially if an enforcement action might someday be necessary in Hong Kong.  Imagine the knot in your stomach immediately following this opinion from a Hong Kong court:  “while we may find merit in the petitioner’s request that this Court recognize the judgment of the United States District Court, we must nonetheless decline to hear the matter because the original U.S. pleadings attempt to elevate the Hong Kong Special Administrative Region to the status of a sovereign state.”

All that effort to litigate the claim… vaporized over a seemingly trivial issue.  Yet the Chinese culture demands saving face, and linguistic status matters greatly.  Hong Kong necessarily shows deference to Beijing, so U.S. and Canadian lawyers must do likewise.

* I looked this one up on www.thesaurus.com.  Seriously.

Look outside your silo

I spent the better part of last week railing against (and about) doctors.  This is not a rant against the medical profession, although it may seem so.  Rather, it is a comparative view of our two little guild monopolies and their mirror-image foibles.

My mother was hospitalized recently, and I very quickly concluded that specialists don’t look outside their own particular silo of practice to see how various problems interact.  The endocrinologist doesn’t pay much attention to pulmonology, the pulmonologist has nothing to do with anything not pertaining directly to breathing, and the GP just shrugs and points to the specialists, as if to say “I dunno“.  It seems that only extraordinary physicians of whatever type actually talk to the patient.

Perhaps it’s because they fear ATLA members coming after them in the night with torches and pitchforks, but their lack of a broader view diminishes treatment value.  If nobody is coordinating the specialists, there is no continuity, and the patient takes longer to heal.  (Not to mention, her lawyer son tries like mad to come up with a cause of action.)

It’s excruciatingly simple, folks.  The lungs, the heart, the glands, the feet… all those systems are interconnected.  One body, one person, one whole.  So how about treating the patient rather than the symptom?  There is certainly merit in a doctor deferring to experts outside his specialty—nobody wants a radiologist to wield a scalpel—but there is far too little holistic treatment going on in our hospitals.  (Exception: Osteopaths.  An entire degree classification dedicated to holistic treatment.)

Lawyers seem to have the opposite problem.  We have far too much holistic representation going on.  Lots of general practice attorneys—and even many specialists 1 — are too hesitant to admit that a client’s needs go beyond their expertise and they have to call in outside help.  Very often we want too much to be all things to all people.

But the best lawyers recognize that all the research they have available to them doesn’t make up for a solid consultation with a Sherpa.2

A close friend called me a while back to ask if I would represent her husband in a med-mal case.  Hell no, I told her.  Sure, I know in general how to do it, but you need a whole lot more expertise than I can offer.

I referred it to a Sherpa, with a promise to second chair if it came to trial.  Sure, I could have studied up, researched into the wee hours of every night for the next month, and probably gotten a paltry settlement.  The wiser course of action was to look to my colleagues for help.

The first rule in the book—literally, the first—demands legal knowledge, skill, thoroughness and preparation reasonably necessary for the representation.  Going it alone isn’t going to reach that level.  (I’m thrilled every day when I see so many colleagues on the Missouri Solo & Small Firm Listserv asking seemingly inane questions.  They are only inane to someone who works in a particular arena regularly.  To the rest of us, the questions are completely valid.)

The takeway: don’t be afraid to reach out for help.  Refer it to a colleague.  Ask for guidance from others.  Call a Sherpa. 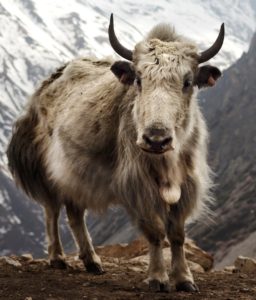 … but a client told me a while back that he “sure (was) glad to have a Sherpa along with us on this thing.”  Before you tackle that issue in China or Germany or Mexico yourself, pick up the phone.  Yes, I’m going to charge you, just as you’re going to charge your client.  But your client will pay a whole lot less—and with significantly less risk.

1  Of course, ethical rules prohibit statements such as “I specialize in traffic tickets” or “I’m a probate specialist” because they might lead the public to believe we have more expertise than we really do.  But let’s be real.  When we refer a client, we ask each other, “who do we know who specializes in XYZ?”  It makes far more sense for us to describe our specialty than to post some inane statement like “practice limited to tax matters”.  It’s just plain silly, but we have to accept the limitation in light of disciplinary actions where somebody claimed expertise they didn’t actually have.  I’ve taken to generalities like “I handle cross-border issues in litigation.”  That indicates to people that I specialize in the stuff.  I just can’t say I specialize in the stuff.  The mind reels.

2  Sherpa:  a mountain guide in the Himalayas, relied upon by even the most experienced climbers for their skill, knowledge, and ability to function at high altitudes.  Without a Sherpa named Tenzig Norgay (read: badass), Sir Edmund Hilary would have simply been simply Ed from Auckland, a frozen fellow halfway up the side of Mount Everest.

Yes, counsel, you do have to translate that thing.

U.S. court, U.S. plaintiff, U.S. defendant… everything about the case is American but one:  the defendant lives in Kaiserslautern.  Or Basel, or Xi’an, or Montreal—pick an overseas city.

When you serve a defendant in another country, you must observe the laws of that country, particularly where the Hague Service Convention applies.  Here’s why:

Note the key clause:  “The Central Authority may require…”.

They almost always do.  With the exception of Israel, Italy, and the Netherlands, every Hague member that wasn’t once part of the British Commonwealth (and one that still is) will mandate a translation from English into its own language.  Switzerland and Belgium are even more picky, requiring translation into a particular tongue based on which city the defendant finds himself in.

Even if the Central Authority does not require it, like in Italy or the Netherlands, the court officials and bureaucrats who handle the request down the line may have an affirmative duty to reject the request for lack of translation.

Best practice: eat the cost and do it anyway, because you will save your client a whole bunch of headache—not to mention money—as the case progresses.

The same advice applies to service under Article 10.  Although nothing in the Convention requires a translation for alternative methods, if the defendant is in a jurisdiction that wasn’t once a British colony, there is probably no such thing as a process server.  Service must be effected by a judicial official, so expect some sort of hiccup to set off a chain of events culminating in a dismissal.

And even worse, don’t play around and use Google Translate just to save a few bucks.  I love the thing—the camera function in the Android App is really handy for translating gelato flavors in Rome.  But it is utterly horrible for legal documents.  Do it the right way, and hire someone with the expertise necessary to do it professionally.   [The same can be said for undertaking Hague Service requests on a Do-It-Yourself basis.  Just like that home improvement project you started a year ago—but had to call a plumber to finish—it will cost you and your client more in the long run.  Outsource it!]